Game of Thrones, Season 6 Finale was aired in the United States yesterday. Thanks to internet’s magic, here seated in Douala, Cameroon, I was able today to enjoy it and once more say “Waouuh” in front of this entertaining program.

Generally, I tend not to get addicted to TV Series. I often feel they are repetitive and that generally it just takes too much mental energy. So I could be watching them from time to time, and forget them once in a while. Once in a while too, I got passionate with one of them, watch frantically all the episodes in a row and then forget about it up to the next two seasons.

Game of Thrones kind of followed the same pattern. I had vaguely heard about it without paying attention. A few months ago, I was offered the opportunity to catch up. My catch-up started directly with Season 3 and I watched it with enthusiasm up to Season 5. I then had to wait as all the fans for the epic launch of Season 6, now ended.

Game of Thrones as mentioned in the title is now my love. This TV Show has all the winning ingredients of an epic saga. First of all, the legendary families: The Stark, the Lannister to mention just those ones. Secondly, out of the legendary families, you have legendary characters: Cersei Lannister, the one and only evil queen, the poor cinderella Sansa Stark, the good bastard Jon Snow and the evil bastard Ramsay Bolton. Thirdly, a perfect intrigue: who will end up mastering the seven kingdoms? Lastly, the individual and intriguing motives.

I fell in love with Game of Thrones because it tells life simply. Life is about passion, needs and everyone of us at our levels, striving our best to achieve our ambitions. Game of Thrones is also about politics, a nasty game in which people generally want to pretend the act for higher motives when basically they are eager to achieve themselves, they are eager for power, eager for vengeance sometimes, simply eager. Game of Thrones is about difference and how being different can affect your evolution in life. When you act differently than the mass, you have two choices: win or being defeated. Game of Thrones often reminds as well the power of being a GOOD Person (though in the context of war which characterizes the show, it is quite difficult to find  truly good persons) or more simply of acting GOOD. Game of Thrones is a real and powerful tale of power. It is a challenge to intelligence. It is well crafted and it often manages to be funny despite all.

So definitely, I fell in love with it (never too late), and if you want to have some fun, I invite you to join the crowd. Ave #GOT 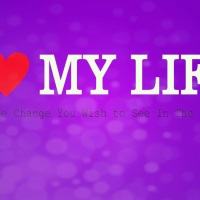 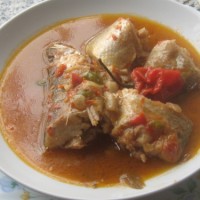