Isabella came to me and asked those questions. I wondered why she had chosen me as a confident. In apparence, she had everything for her. She was beautiful, looked very smart (from a five minutes discussion you could tell) and had already achieved much in life. At 27 years old, she had a five years experience in a FMCG, a senior manager position and from the look, she was ready to sit in a board of direction by her 30’s. From what I knew, she had the perfect boyfriend, and anytime soon, they would announce a date (that is what I thought). While listening to her questions, all those thoughts went through my mind and I just did not understand. She continued.

“Two months ago, I decided it was enough. The suffering had gone for too long and I could no more handle it by myself. So many sleepless nights. So many mornings when I wanted everything to stop. And one day, I just decided it had to stop. I just decided I had to face it. Mum had been telling me about this therapist she knew. I took a deep breath, called her and asked for the number. It’s been three weeks since I have started the therapy now and I feel it. I feel I am better, I feel I will be relieved”.

I just listened to her, but I still did not believe nor understand her. I just described you her life or I could say “her so wonderful life” from what I thought and more importantly, I was discussing with Isabella in Douala, in Cameroon, in Africa. How many times have you heard about depression in your entourage? So often, my parents told me this was a disease for white people. They told me, we Africans were hustlers and we just moved on. But, here am I listening to Isabella and wondering if finally, on that specific point, my parents could not be proven wrong.

“At the age of five, I was sexually assaulted by an uncle. He made me swear that I would never talk about it and indeed, I never talked about it. In my teenage years, I quickly went around sex, believing that my body was only meant for men’s satisfaction. I thought I was rubbish, I thought I did not deserve love. Hopefully enough for me, I have always put great confidence in God. So praying did help me, talking to myself too. I  don’t know exactly where I took that strength from but at the age of eighteen, after a suicide tentative which I survived to, I decided I would take care of myself. I decided, I would no more be a victim. I still laugh about it, when I think. At 18, I thought I had seen the worse…”

“Isabella, Isabella, enough” I thought in my head.

It was too hard to listen to, too hard to look at this beautiful lady and imagine for a few seconds all what she had gone through. And she went on, telling me more and more for about thirty minutes and she ended by saying “this is the positive effect of the therapy. It is only three weeks, but I can place words on my sufferings, I can express them loud with no shame. I am what I am, I went through what I went through, but I am still here and my future is only mine”.

Being well is a luxury. Mental health is not permanent. Take nothing for granted. Don’t over-admire anyone, don’t blame either. Just be ready to listen. Just be ready to support. You never know when someone is depressed. You never know how down someone is, so just BE THERE. Witnessed the issue in your surroundings? Feel free to share in the comments section, on Facebook or on Twitter. Will be glad to hear about it. 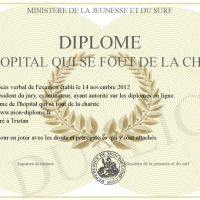 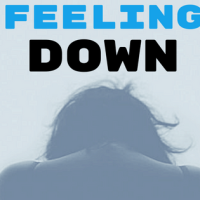 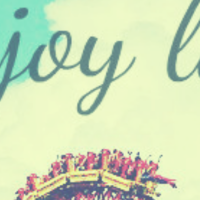